In EastEnders, on Thursday the 29th of March, Ted Murray’s wife Joyce, passed away peacefully in her sleep. The axing of Joyce had seemed like a foregone conclusion for a while now, as she generally failed to catch the interest of fans who often negatively compared both her and her husband to the much more popular, Pam and Les Coker. I don’t think many of the show’s viewers are going to miss her, which is a shame because a character played by the incredibly talented Maggie Steed should have been written so much better than the drab Joyce was, whose only stories seemed to revolve around having to deal with all the issues Ted created for the couple.

Possibly the saddest thing about Joyce is that even in death, her character hasn’t really felt that important. The storyline got off to a promising start on the episode after she passed away, with Ted being shown wandering around confused and unsure what to do, while being reminded by almost every character just how special a wife Joyce was but since then most of the focus has been on the Taylors often annoying attempts to be there for Ted, along with Ted feuding with his daughter Judith. So many conflicting elements of the story have cropped up at once, that personally it feels at times like Joyce isn’t really dead and Ted and Judith are just fighting over the personal issues they have, while Joyce is away on holiday or something.

The most insulting part of the storyline however, came when Ted revealed that he didn’t have enough money to bury Joyce, with her now being scheduled to be cremated without a ceremony in order to dispose of her remains as inexpensively as possible. It all feels ridiculous, especially considering the square just recently pitched together to pay for a lavish funeral for Kat Slater who wasn’t even dead and the whole thing blatantly has been done to try to forget the fact that Joyce was a character who existed as soon as they can, with minimal effort. This isn’t the first time something like this has happened either and in today’s blog post, I’m going to list seven other recent EastEnders’ deaths that were disregarded and mostly forgotten about way too quickly:

Shirley Carter’s ex-husband and all round top guy, Kevin Wicks was a favourite of mine during his near two year stint on Albert Square but when he tragically died on New Year’s Eve after being impaled by a pole, the legacy that he left on the show quickly disappeared. Kevin was revealed beforehand to not be biologically related to Dean or Carly, two of Shirley’s children and his wife at the time Denise, went on to have several different relationships, so the only way Kevin even gets a rare reference usually tends to come from Shirley.

It’s hard to blame EastEnders themselves for Kevin’s long term legacy being diminished because Phil Daniels, who played him, refused to renew his contract, leaving writers with no choice but to kill him off but I feel it still could have been done in a better way. As a big fan of Kevin, thanks to his sensitive nature and love of Chelsea football club, I actually couldn’t bare to watch his death episodes and when I returned, even then it was obvious we were expected to forget about him as soon as possible. Fresh audio of him did at least feature in some home video recordings Shirley has watched over the last few years to be fair, so at least the BBC and Phil patched up whatever differences they’d had back in 2008. 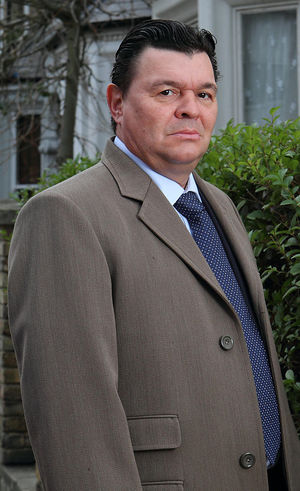 There will be some names on this list that people are more than happy were disregarded almost as soon as they died but I personally had no issues with this one as a character. The older brother of Max and Jack, Derek Branning was portrayed as a big deal during his entire run on EastEnders but some viewers didn’t think he was a convincing enough bad guy, so when he died pretty comically to a heart attack on Christmas Day, it wasn’t really a surprise that the aftermath of his death didn’t feel like that big a deal.

Derek had managed to alienate himself from most of the Square when he passed away, so asides from some failed storylines involving his daughter Alice and his son Joey in the months after his death, he was quickly forgotten about and is rarely mentioned nowadays. As I’ve said, Derek was far from beloved but when you’ve spent so long building a bad guy up to be a threat, I feel like his death storyline could have been handled much better than it ultimately was. The most important thing to happen after Derek’s death was that it brought on the appearance of Carl White, who we’ll be hearing more about later. That’s pretty telling.

I really miss Michael Moon. Undisputed as my favourite EastEnders character of all time, Alfie’s cousin was perfect in his role as an understated, slimy, psychopath and in my eyes, hasn’t been matched as a villain since his departure. With that said, for a character as great as Michael, he’s been pretty much forgotten over the last five years. After Janine Butcher and Alice Branning, who were involved in his death, avoided murder sentences, his name has barely been uttered on the square, which is a shame because he truly was a great villain who deserved better.

Michael will have some form of legacy in EastEnders in the next few decades, as the father of Janine Butcher’s daughter Scarlett, who presumably will be an important character some day but it would be nice if he’d at least get the occasional mention on TV for now. Recently, when Jean Slater foolishly gave away all of her life savings to help Big Mo pay her debts, no one even bothered to remind her of her past with Michael, where he conned thousands of pounds of savings from her but then again, that was one of Michael’s weakest storylines, so maybe that one is welcome to stay forgotten. 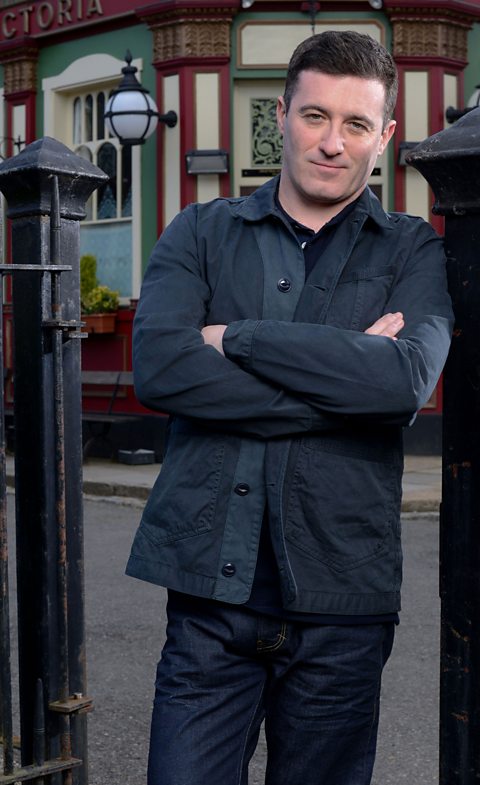 Oh Carl White. While he probably is the greatest example of a death being brushed under the carpet as soon as it was slightly feasible to, he’s also someone who was such a bad character that he’s probably best left forgotten anyway. The Derek Branning expy who as mentioned, was introduced in the aftermath of the big Branning Brother’s death, somehow managed to be an even less revered villain than Derek and was killed off in gruesome fashion, after Ronnie Mitchell slammed a car boot into his head on New Year’s Day.

In the months after Carl’s death, it was expected that eventually his corpse would be found and Ronnie would face some retribution for killing him but instead Ronnie hired some people to intimidate Carl’s family into leaving her alone, after they were suspicious about her and Carl’s body was never found and is presumably still lying rotted in a car’s trunk somewhere, possibly in the same scrapyard as poor Fatboy. This storyline regularly gets referred to as an example of a soap story surrounding a death, that was never resolved but at this stage it’s probably better that EastEnders’ writers let sleeping Carls lie. 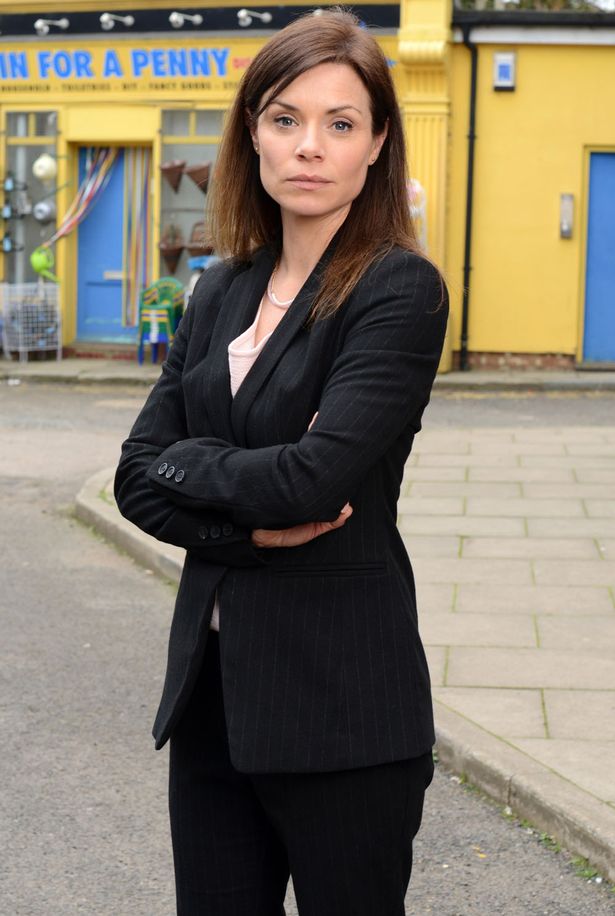 Since she was only brought in to further some elements of the Who Killed Lucy Beale storyline, it kind of makes sense that there wasn’t much of a focus on the death of Emma Summerhayes, the Family Liaison officer to the Beales after Lucy was murdered, who eventually began an unethical relationship with Max Branning. Despite some deserved criticism over the fact that Summerhayes wasn’t a particularly great police officer (although to be fair, she did solve the case months before anybody else in the force did), Emma was a warm and compassionate character who I believe could have fitted in with EastEnders in the long term. Unfortunately, the writers had other ideas and Emma died from complications from a concussion, suffered during the New Year’s Day car crash that almost killed Ronnie Mitchell as well.

While Max was devastated at first over his partner’s death, it didn’t take him too long to get over it and she hasn’t even been briefly mentioned in a long time. As I’ve said, Emma wasn’t every fan’s cup of tea and it makes sense that writers wouldn’t want her passing to overshadow the heavily hyped Lucy Beale storyline but still, it was kind of jarring to see one character’s death story being dragged out over almost a year, while another character who died as well, was forgotten within a few weeks.

Hey, hey, stop! Before anyone takes the pitchforks out, since the decision to kill both of these characters was highly contentious and caused a mammoth split between EastEnders fans, let me explain where I’m coming from for a second. To make it clear, this entry isn’t saying that I believe Ronnie or Roxy shouldn’t have been axed or that their initial death episode wasn’t done well but when you think about it, Ronnie and Roxy were two of the modern era’s most well known and widely liked characters and their deaths should have ultimately meant more than they did. I’ve said it before, I don’t expect Jack or anybody else for that matter to still be mourning Ronnie a year later but the way that the Mitchell family especially, forgot so quickly about two pivotal members of their family was crazy and nowadays, if it wasn’t for Jack making sure Ronnie wasn’t forgotten, it would feel like all the square forgot that either of them ever existed.

The drowning deaths of these two characters, while bizarre, was incredibly different and unique (a difficult feat in soap land) and I can’t bring myself to be too hard on it but the fact that it was all the fault of Roxy, a dead woman, meant that asides from Jack grieving the passing of his wife, there wasn’t much that could be done afterwards. Even the plot elements that were laid out beforehand, such as Max being with Roxy before she took cocaine and went off to the pool to die, were completely ignored and never referred to again and the whole thing just feels like a big disappointment in hindsight. It happened all the way back last Summer but I think the lack of impact that Ronnie and Roxy’s death had was most apparent, when Sharon pleaded with Denise to not tell Phil about their love child because Phil was in the middle of a really good year. The death of R and R, who he was close to was completely glossed over like it had never happened. Considering the lack of excitement that followed the whole thing, I wish it hadn’t.

So there we have it, there’s a list of some EastEnders’ characters who I feel were forgotten about way too quickly after they died. On Twitter, I asked for suggestions about other characters people thought had underwhelming death stories and some great names such as Billie Jackson, Sylvie Carter, Steven Beale and truly enough, Tramp the dog were brought up and if you can think of anybody else I may have missed, feel free to let me know in the comments section below.

Before finishing, I also want to add that the scenes involving a mourning Ted on Friday night’s EastEnders were exceptionally well done and that maybe in the long term, Joyce’s death story will play out just fine but for now, I still think it hasn’t felt that important and will be forgotten soon enough. That said, when we think about the follow up to the passing of the likes of Carl White, Emma Summerhayes and Derek Branning, seeing Ted playing chess with Bernadette, while his daughter Judith scowls in the background actually isn’t all that bad.